Massachusetts law requires one who acquires a gun in the state to register with the state. See MGL c. 140, s. 128 B. Registration is accomplished via filing the e-FA10 form via the Firearms Records Bureau portal.

My client was charged with violation of that law because he did not register guns he brought with him when he moved here. As he did not acquire the guns "within the commonwealth," he believed, correctly, he was not required to.

Two full months after a call for the disturbance resulted in his LTC and guns being seized, without running any BATFE trace, or even asking my client where the guns came from, the police brought the specious charge against him. Months later, after motion and pre-trial hearings, a scant week before trial, the ADA obtained a continuance because he lacked the required armorer's certificate that the guns were even functional.

On the day of the trial, as we were ready to select a jury, the judge conducted a conference. On a de minimus admission that he owned the guns and did not register them in Mass., but no actual admission of violating any law, the client accepted three months unsupervised probation, with dismissal at the end of that term.

The client was quite pleased with that cost-effective outcome. 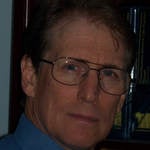